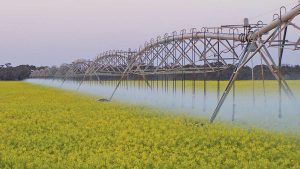 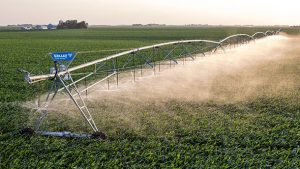 The Russian Federation is a large country in area, population, and economic potential. It is located in the eastern part of Europe and in the northern part of Asia. Its area totals 17075.4 thou km2 (45% of this area is covered by forests, 4% by water, 13% by agricultural lands, 19% by deer pastures, 19% by other lands).

Russia is surrounded by the seas, the Arctic Ocean, the Pacific Ocean, the Atlantic Ocean (the Baltic Sea, the Black Sea, and the Sea of Azov) as well as by the Caspian Sea. In the south, Russia borders with China, Mongolia, Kazakhstan, Azerbaijan, and Georgia; in the west, it borders with Byelarus, the Ukraine and Baltic states.

The flora and fauna of Russia have zonal distribution. The following zones are clearly defined from the north to the south: arctic, tundra, forest-tundra, forest, forest-steppe, steppe, the semidesert with the desert zone being in the Caspian Sea area.

The Russian and Siberian platforms represent the most ancient tectonic structures. Their foundation is composed of metamorphic and crystalline rocks of Pre-Cambrian, which are usually overlaid by a stratum of Paleozoic and Mesozoic rocks (shale, limestone, sandstone, more seldom sand and clay). The surface layer of the greater portion of the plains is formed by Quaternary loose deposits, represented by clay, loam, and sand in the north and with loess-like loam and loess in the south. The surface layer of piedmont troughs, intermontane depressions and basins of the Central and Eastern Siberia is usually composed of loose Neogene-Quaternary deposits (pebble, sand, loam, clay).

A large part of the territory of Russia is within the limits of the temperate climatic belt. The far north and northeast of Russia are located in the area of subarctic and arctic zones. The monsoon climate is observed in the southern part of the Far East (the Primorski Krai). The mean temperature of January in the country varies from &&150;1o to &&150;50oC and that of July &&150; from +1o to 25oC. The yearly precipitation varies from 100 to 1000 mm. Many areas of Siberia and the Far East feature permafrost, which covers 11 million km2, or 60% of the total area of Russia. 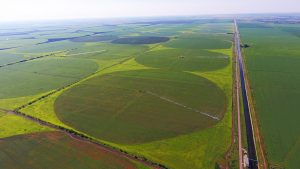 Three agroclimatic belts can be broadly distinguished within the territory of Russia :

The temperate belt represented by the wet central and southern taiga zone as well as by the slightly dry forest-steppe and northern steppe zones, by the southern steppe and semidesert zones.

The warm belt covers a insignificant portion of the Black Sea area in the south of the European part of the country. 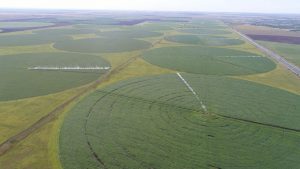 The agroecological zoning of agricultural land area, carried out in 1996, revealed that 80% of these needed reclamation improvements to reduce the impacts of adverse natural and anthropogenic processes (water and wind erosion, overwetting and waterlogging, salinization, etc.).

At the beginning of transitional period the Comprehensive Federal Programme of Improving the Fertility of Russian Soil was adapted for 1992-2000, however, this Programme suffers from inadequate state-financing and lack of money with the farms. The Federal Law on Governmental Regulation for providing Agricultural Lands Fertility was adopted in 1998.

The sown areas and gross crop yields (1996) for all categories of farms were as follows: 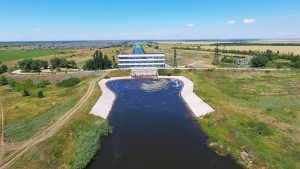 During 1960s to 1980s, the land reclamation was given a leading role in agricultural development in Russia for its guaranteed contribution to the food production of the country. The irrigated land area increased from 1.5 million ha in 1965 to 6.1 million in 1990. About 60% of lands of the total irrigated area was irrigated by sprinkling with the use of subsurface on-farm irrigation networks. According to the data for the years of 1986-1990, the share of crop produce from irrigated lands in the total crop production amounted to: 18-20% in Povolzhie, 24-30% in Northern Caucasia, and 5-8.2% in the remaining dry regions.

In the overmoistened zone of Russia the most intensive agricultural drainage construction was carried out in 1970s – 1980s. The area of drained lands increased from 3.1 million ha in 1970 to 5.1 million ha in 1990, including 3.2 million ha with subsurface drainage.

However, the existing irrigation systems and irrigated lands provide for sustainable crop production in the Povolzhie, Northern Caucasian and Central regions for the productivity level 2-3 times higher than in rainfed arable areas.

The Federal Law on Land Reclamation was adopted in 1996 which differentiates the types of property in irrigation and drainage systems and structures into: the state-owned property (federal and regional) and the property of water users, that serves as a basis for differentiation of responsibilities among the property owners in the development of land reclamation. Soils. The soil cover and soils of Russia feature considerable diversity depending on natural conditions (climate, topography, soil-forming rocks, hydrogeology, etc.) 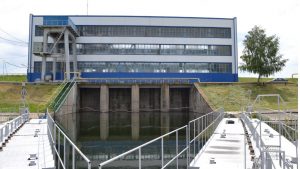 Water resource complex is based on the river runoff that in normal years makes up 4262km3, 90% of this amount is accounted for by the basins of the Arctic and Pacific Oceans. However, over 80% of the population of Russia and its main industrial and agricultural potential mostly lie in the basins of the Caspian and the Sea of Azov, accounting for less than 8% of the total annual volume of river runoff. The present operational groundwater resources in proved deposits is equal to 28km3. The predicted potential groundwater resources of Russia exceed 300km3 a year.

The role of water in the life of the people is provided in the WATER CODE of Russian Federation adopted by the State Duma in October 1995.

The intense use of water resources, especially in the last 50 years, has led to deterioration of their quality and even depletion, especially small rivers, and worsening of the water management situation in most regions of Russia.

The water-consuming complex is responsible for water withdrawal from water bodies and water use in different branches of the national economy, where in the agriculture is the most water-consuming branch except power generation. During 1991-1995, the annual water withdrawal averaged 26km3 by agriculture including irrigation and rural water supply; 36.5km3 of water by power generation plants; 2km3 by fuel industry; 3.1km3 by ferrous and non ferrous metallurgy; 2.8km3 by chemical industry; 4km3 by machine building industry; 13.1km3 by housing facilities and public utilities, etc. In 1996 total water withdrawal in Russia was 92.3 km3, of this, 79.4 km3 were withdrawn from surface water sources and 12.9km3 from subsurface water sources. 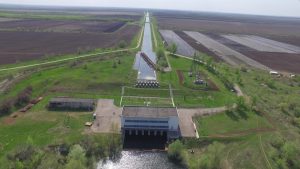 History of irrigation and drainage development in brief

Irrigation has very old history in the territory of Russia. Beginning in the VI-XIII centuries, irrigation was developed in arid zones of Povolzhie (the area of the Volga River middle and lower reaches), Northern Caucasia, and the southwestern part of Siberia, though, at that time, irrigation was of local character.

Heavy droughts in 14 years during the period of 1871-1921, usually resulted in hunger, contributed to the development of irrigation in Russia. By 1917, 3.5 million ha of lands were irrigated in the territory of the Soviet Union.

During 1879-1893, pilot irrigation systems and ponds were constructed on governmental lands in the Povolzhie. In addition, meteorological stations were put into service and studies on irrigation efficiency were commenced. By 1940 an area of 20 thou ha of lands of Povolzhie was irrigated by 1965, 163 thou ha by 1990, the irrigated land area of Povolzhie exceeded 1.6 million ha. 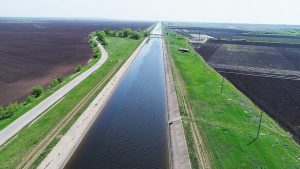 Social and economic transformations are taking place in Russia, like change in the organizational and legal forms of the water users, introduction of the WATER CODE requiring conceptions of the State Policy on the Use, Rehabilitation and Protection of Water Bodies.

The Federal programme is now under preparation. The improvement of water situation in the country aim at guaranteed water supply to the population, economic production; safe operation of hydrotechnical structures; reproduction, protection and rational use of water resources and transformation of water relations into the market conditions are among the cardinal measures envisaged in the Federal programme &&147;WATER for RUSSIA&&148;.

The CONCEPT envisages to go into operation in 2001-2010 when only 200 thou ha of new irrigated and 180 thou ha of new drained lands are to be added with main attention to reconstruction and rehabilitation of existing irrigation systems on an area of 3.1 million ha and drainage systems in the overwetted zone in an area of 1.9 million ha.

The rehabilitation, reconstruction and modernization of irrigation and drainage systems aims to solve the following problems:

However, water resources used for irrigation will make it possible to irrigate a total area of 20 million ha, including 5 million ha of existing irrigated lands. Out of 15 million ha of lands, which can be irrigated after 2010, 4.3 million ha are located in the European part of Russia. The area of new drained lands in overwetted zone of Russia is likely to increase by 7-8 million ha after the year 2010.

5. Administration and Financing of Irrigation and Drainage Schemes; Water-related Laws and Policies

In 1998, the Federal Law on Payment for Use of Water Sources elaborated by the Ministry of Natural Resources was passed. The calculations show that the share of payment for use of water sources in the cost value of industrial production amounts to 0.5%. The power generation and its transmission amounts to 1%, while in the cost value of public services it reaches 2%. It is decided that 50% of the amount of payments should be allocated to rehabilitation and protection of water sources. 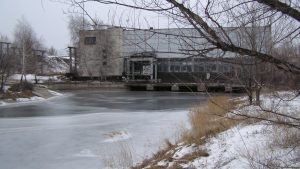 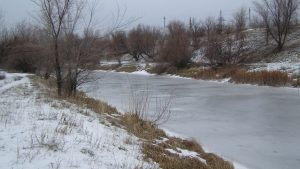 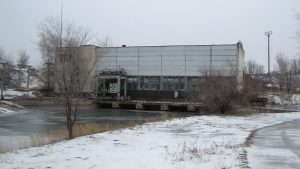